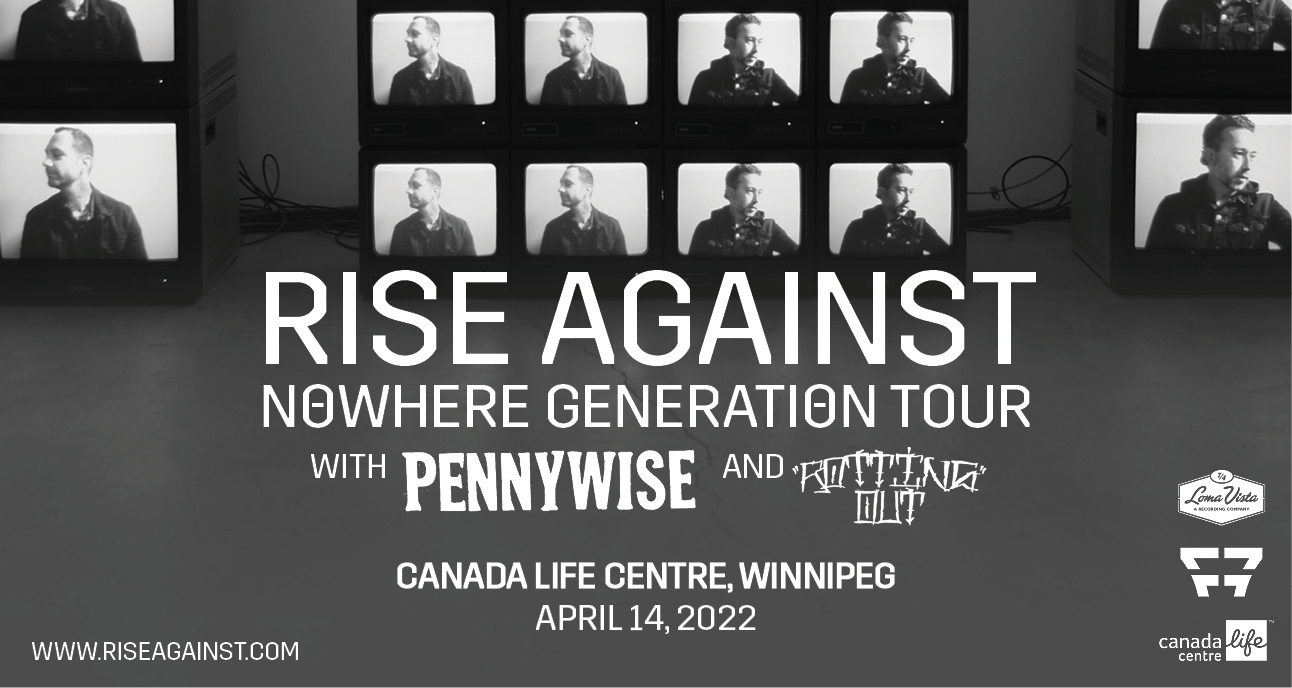 BUY TICKETS
April 14, 2022
Pennywise and Rotting Out will join as support and tickets go on sale next Wednesday, December 15th, at 10am local time.

On Nowhere Generation, released in June, the multi-Gold and Platinum band draws a line in the sand with its blazing and aggressive punk rock and lyrics that shine a spotlight on the social and economical deck that has been stacked against our younger generations’ pursuit of The American Dream. The album debuted at the top of multiple Billboard charts with its first week sales (#1 on Rock, #3 on Top Current Albums, #3 on Vinyl, and the Top 40 of the Top 200), and earned great press from outlets including Revolver, Consequence, Brooklyn Vegan, Grammy.com, American Songwriter, The Line of Best Fit, Clash, Kerrang!, and All Music, while June 4th was declared “Rise Against Day In Chicago,” the band’s original hometown. Last month, Rise Against shared the Nowhere Sessions EP, a six-track live expansion of the album that captures and celebrates the anthemic intensity of the band’s renowned performances.