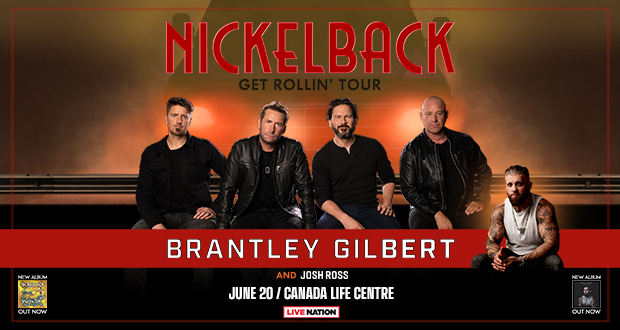 Nickelback’s first album in five years, Get Rollin’ was released November 18, 2022, via BMG and debuted at #2 across the Current Rock, Alternative, Hard Music and Digital Album charts. The record also landed on the ARIA Album Chart at #3 and in the Top 10 in the UK, Canada, Germany, Australia and Austria. Additionally, Get Rollin’ debuted at #1 in Switzerland, a career first for the band. The highly acclaimed new album is a thrilling soundscape of adventure, nostalgia and emotional exploration. With the new record, Nickelback continues their incomparable legacy as “one of rock’s biggest-ever bands,” as noted by KERRANG and furthering their legacy is set to be inducted into the Canadian Music Hall of Fame at the JUNO Awards on March 13, 2023.