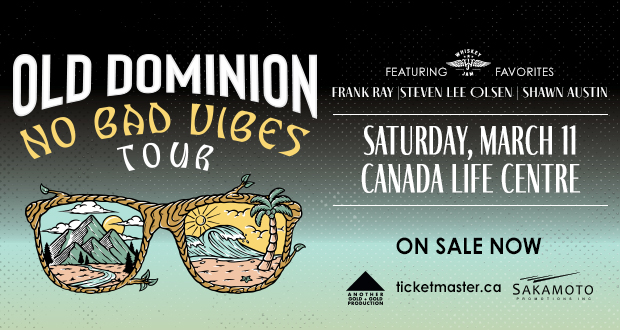 Old Dominion emerged as one of Nashville’s most successful post-country bands,f using clever lyrics with an infectious sound. Their lyrical wit and hook heavy songwriting is a winning method: since breaking in 2014, the band has had eight No. 1 singles at country radio, over one billion on-demand streams, multiple Platinum and Gold single
certifications and headlined arenas and amphitheaters around the globe. The band took home their 5th consecutive Group of the Year win at this year’s 56th Annual ACM Awards and also scored their 4th consecutive Vocal Group of the Year win at the 2021 CMA Awards.