In 2018, he traveled the United States with sold out Kid Gorgeous tour, which was later released as a Netflix stand-up special and won the Emmy for Outstanding Writing in a Variety Special; In 2015, he released The Comeback Kid, also a Netflix original, which The AV Club called the “best hour of his career;” In 2012, his Comedy Central special New In Town had Ken Tucker of Entertainment Weekly hailing him as “one of the best stand-up comics alive.” Starting March 2022, he’ll be touring with his newest hour John Mulaney: From Scratch.

This event will be a phone-free experience. Use of phones will not be permitted in the performance space. Upon arrival at the venue, phones will be secured in individual Yondr pouches that will be opened at the end of the event. Guests maintain possession of their devices at all times, and can access them throughout the event only in designated Phone Use Areas within the venue. All devices will be re-secured in Yondr pouches before returning to the performance space. All pouches and equipment are routinely sanitized. The Yondr staff is trained and required to follow safety guidelines and hygiene protocols to practice social distancing, minimal contact and wear required personal protective equipment. Anyone seen using a device during the performance will be escorted out of the venue by security. We appreciate your cooperation in creating a phone-free experience. 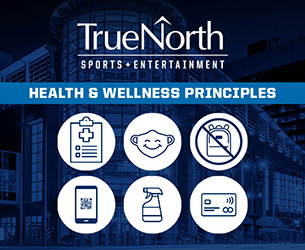